It’s all about getting the biggest bang for your buck

How’re is your February going?  Are you coping with the bad weather, the never-ending Lockdown and the inevitable tightening of belts?  I’ve always found February to be a tougher month, financially, than January.  In January, you run out of cash early because you were paid before Christmas and end up in debt/overdue on payments; February is when those debts have to be paid back.   (You may remember me mentioning that tough February 30 years ago, when Dumbo left me with little more £20 to get through the month. It was the inspiration for several years of the “£50 February Challenge”.)

We  went to the Butchers’ yesterday, spending £55.70 from the Meat Fund.  Since our meat shopping is all about getting the biggest bang for our buck, I thought I’d share what we bought, what the plans are for it and how many portions we’ll get.  The butcher doesn’t do an itemised bill, so I’m only recording prices where I saw them and can remember them.  Remember, there’s only two of us in this household.

That’s between 54 and 80 portions of meat-based meals.  As I said, it’s all about getting the biggest bang for our meat-buck.

With the exception of tonight’s roasting chicken, I have just finished shoehorning it all into the freezer.  Everything has been “bagged and tagged”.  I had to do it in stages to maximise space/freeze things in shapes that will stack and fit together, especially since the freezer was pretty full already with lunchboxes, tubs of soup/cooked pulses/homemade ready meals and sauces, not to mention the haggis that threatens to leap out at you... The mince was divided into 4 and carefully stuffed into freezer box to form 4 rectangles.  The chicken breasts and chops were bagged separately and frozen to be as flat as possible.  The chicken thighs were bagged in fours, while the lamb was stood on its end, to freeze upright. 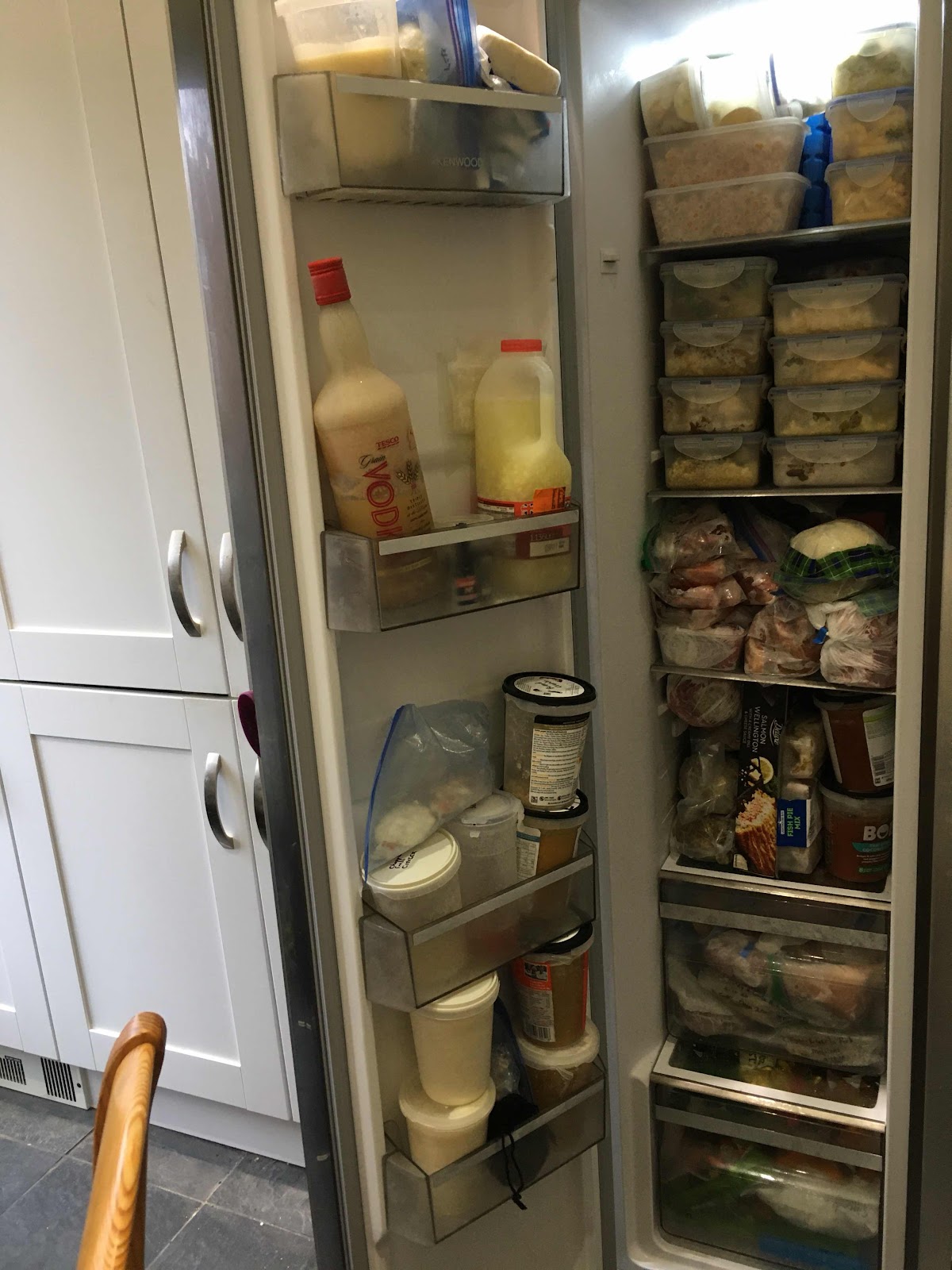 As you can see, once again, I win at freezer Tetris.