The Toy has something to show you. 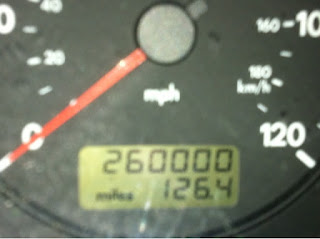 Posted by PipneyJane at 17:28 No comments:

If there is one lesson to learn from watching athletes at the Olympics, it's to get off your behind and do rather than sit there and think about things, then over think about things, or put off thinking about them all together.  I am sure that every single competitor and potential competitor has had moments when the last thing they wanted to do was to go and train.  Whether it was having to get out of bed early and go out into the pouring rain, or having to go home early from a party so that they could compete in an event, every athlete will have had a moment when they gritted their teeth and did what they had to do rather than what they wanted to do.

That's the thing that sets them aside from the rest of us. The rest of us go "it'll keep" and put fun before obligation, usually to our detriment.  Or we procrastinate, trying to avoid the inevitable, possibly putting things off until just before a deadline or even missing the deadline completely.  Sound familiar?  Are you remembering essays left unwritten until the night before they were due to be handed in?  (Who hasn't done that?  Seriously, don't lie?)

So what does this have to do with frugality?  Our current house-and-contents insurance policy expires later this month so, on Wednesday, DH and I went online to Comparethemeerkat to find a replacement (and score another meerkat toy).   Last year, I'd thought about using a comparison website, but procrastinated and let the renewal date slip past.  To be honest, I saw the insurance renewal notice envelope, thought "must deal with that" then put it in a drawer and forgot about it. I'd never even looked to see what the payments would be.  (We paid monthly.)  When the first direct debit came out, I went ouch(!) because the payments had gone up by over 22%.

Fast forward to this year.  This year, I opened the renewal notice and read the letter.  Another huge leap in insurance premiums.  The monthly payment was increasing by 30%.  We've never ever made a claim, not even when the kitchen roof was leaking.  A few minutes of our time - a few questions answered - and we've found a comparable policy for a much more reasonable price.  By acting, instead of procrastinating, our new insurance policy is £233.02 for the year instead of £1,100.74!  Yes, you saw that right.  The new policy cost 21% of the price of the renewal.

The moral of the story is:  be like an Olympian.  Don't procrastinate when renewal time comes around.  Don't assume that the insurance companies will act in your best interest and keep the price reasonable.  They've already got your business and consider you a captive audience to be milked.

Posted by PipneyJane at 07:11 No comments:

(Yes, I know the date stamp below says "Wednesday", but as I type this on Wednesday morning it is still Tuesday evening in California, so I figure this squeaks under the wire.)

Everywhere I've worked in the UK, it's traditional for the birthday girl/boy to bring cakes into the office to celebrate their birthday.  Breaking with the shop-bought norm, a couple of weeks ago I decided I'd bake chocolate brownies, which is what I took into the office on Monday.  They went down a treat!

In the end, I had to make two batches on Sunday.The first batch  were too gooey - our combi oven is on its last legs (we've ordered a replacement) and didn't hold its temperature well, so I got the timing wrong for it.   For the second batch, I used a proper oven - the fan oven on the stove - and they turned out perfectly.

Chocolate Brownie Recipe - makes 16 - 20
Ingredients:
110g dark chocolate  (I used 50% stuff from Lidl)
110g butter
225g self-raising flour (or 225g plain flour plus 2 teaspoons baking powder)
40g cocoa powder
275g soft dark muscovardo sugar
4 eggs, beaten
Method
Notes
Mixing - I mixed this by hand using a balloon whisk.
Flour - I used what I have in stock, which is wholemeal chapatti-bread flour and added baking powder.
Eggs - The second time I made this yesterday, I only had 3 eggs.  Turned out slightly stiffer and a fraction smaller but otherwise fine.
Time - takes 5 minutes to measure all the ingredients.  Another 5-10 minutes to melt the chocolate and butter and combine everything into a batter.
Doubling up - The first time I made this recipe, four months ago, I made a double quantity.  It works well but you get a lot of brownies.
Enjoy!
- Pam
Posted by PipneyJane at 06:01 No comments:

Do you know something? I think the yarn-lust has finally worn off. I think I've finally reached saturation point. With the stash all in one place, where I can see it in all its glory, yarn shops don't have quite the pull on me that they used to. If I'm near one, I'll still have a browse but there isn't that "Got to buy wool" that there was. Maybe it's because I have virtually all the yarn I need to make the projects in my mental To Knit List? That's not the same as my Ravelry Queue - a lot of my Ravelry Queue is taken up with trying to find patterns to fit the yarns that I already have in stock, not the other way around. In fact, there are only two projects on my To Knit List for which I don't currently have yarn. The first is a Rowan Kid Silk Creation scarf (photo lifted from their website): 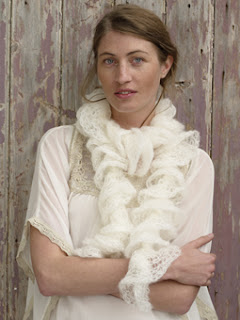 To be honest, while I'm still tossing up between the grey ("smoke") or the cream, I'm gradually going off the idea of knitting one at all.

The other item on my list is this big cosy winter jumper from the Australian Women's Weekly Best Ever Knitting Book, published in 1977: 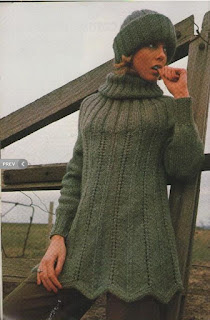 I've wanted to make this one forever. It requires 1300 metres of 12-ply/chunky/bulky yarn to make the tunic and the hat. This is the pattern for which I wanted the Rowan Cocoon a couple of yarn diets years ago, but there's no rush. And there are readily available alternatives. Besides the Rowan, I could use Brown Sheep Lamb's Pride Bulky or Valley Yarns' Berkshire Bulky, both of which I can buy on-line from Webb's. Or I could use some of the Cleckheaton Country 12-ply, in black, that's already marinating in my stash. However, I don't think it'd give the right texture (the original yarn was an 8-ply/DK wool/mohair blend used double) and I'd envisaged the jumper in charcoal grey with the odd fleck of white mohair showing.

Oh, I felt a momentary stab, earlier in the week, when I heard that Reynolds Yarns had ceased trading due to the death of the owner - bye-bye Reynolds' Saucy cotton, Reynolds' Lopi and Lopi Lite - but it wore off pretty quickly.  There will be other yarns. Anyway, a quick browse of the Yarn Barn of Kansas website revealed that they've found an alternative supplier for Lopi and Lopi Lite - it appears they're buying it directly from the mill - so if I want those yarns, I can still get them.  How sad that a yarn company can fold because there is nobody to take over from its driving force.
It's possible, too, that setting this year's yarn budget up front has had an effect. As I mentioned in an earlier post, £60 is not a lot of money yarn-wise and I didn't want to fritter it away. It's all gone now: £8.44 on acrylic for baby jackets; £7 on sock wool; £15.95 on 3 extra balls of the Sublime Organic DK in Tuille because I was running out; £37.45 on Ethical Twist from EBay and £4.70 (inc P&P) on some Robin Paintbox DK in "Patriot" (red, white and blue) that I used to crochet a patriotic tea cosy in honour of the Queen's Diamond Jubilee:

The mathematically inclined will have worked out that the above totals more than £60 - it comes to £73.54. It was the Ethical Twist that pushed me over, but that was a case of "act now or never get to knit with it" (it's discontinued) and I purchased enough for a decent sized jumper. Just don't know what yet.

While I won't say "no" to gift yarn (it is my birthday tomorrow, after all), I'm really not fussed if I don't buy any more yarn this year. I have enough.

We've had guests staying, who were a bit surprised by some of the things I do automatically - not taken aback or grossed out, but surprised in the "Oooohhhh! That's a good idea! I never thought of doing that!" sense. These aren't big, headline frugal activities; rather, they're the little, every day things that save a penny here or a penny there and only cost a few seconds of time.
Since the internet is full of these things anyway, I thought I'd create a new meme: Five Frugal Things.  Feel free to copy the idea in your own blog.

Five Frugal Things I do Automatically

What about you? What are your Five Frugal Things?