Greetings from Auckland, New Zealand.  We arrived on Thursday, to attend a friend’s wedding. 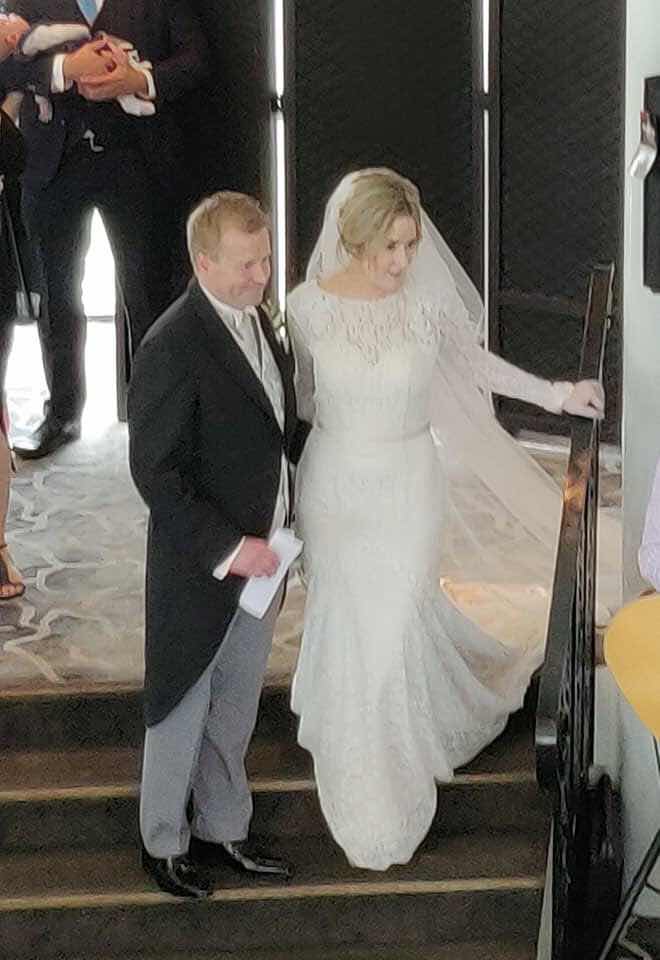 The wedding was lovely.  The bride is very charming and they look very happy together.  I hope to get to know her a little before we leave NZ.  The venue was right beside Auckland’s Harbour Bridge. 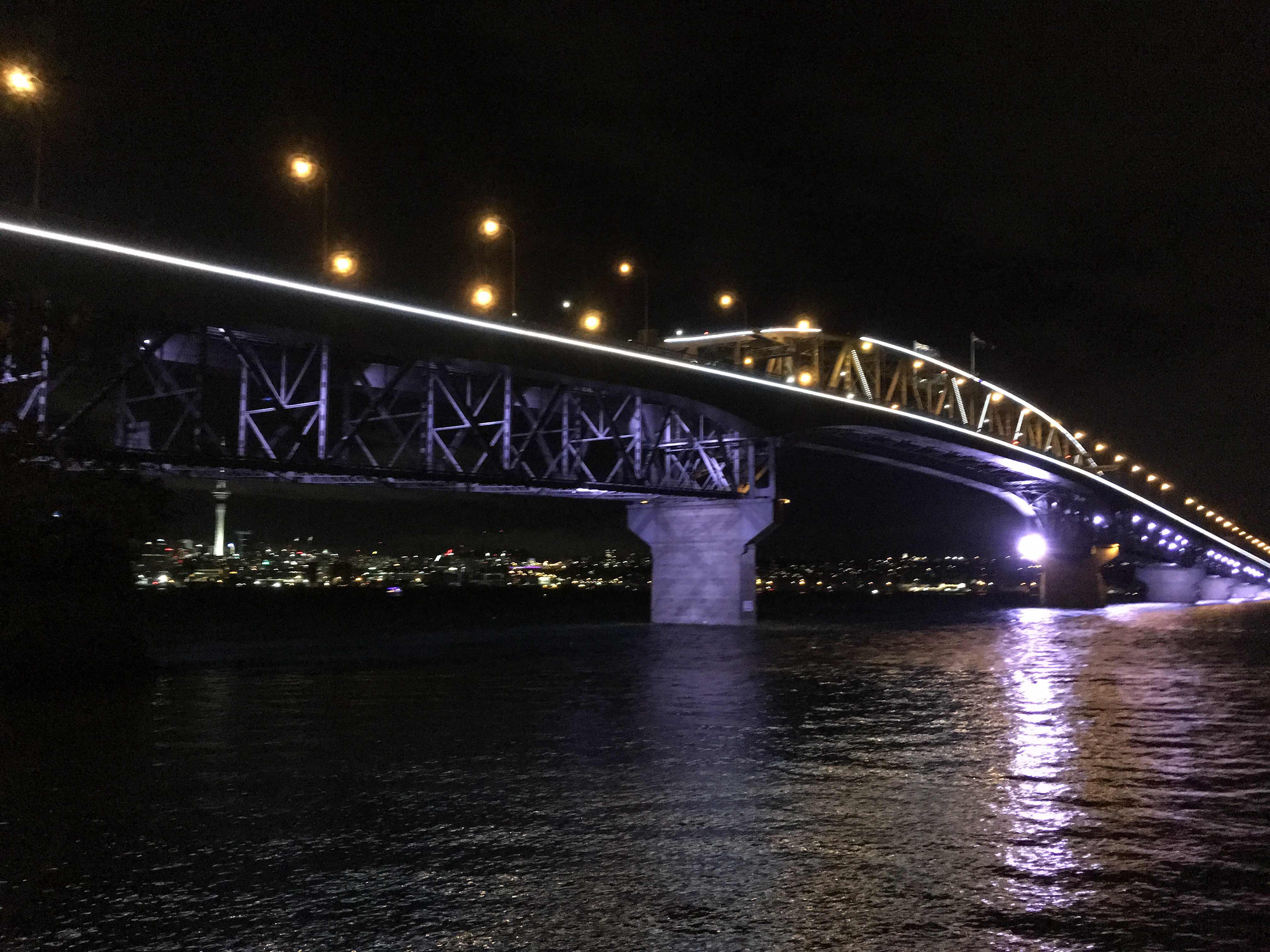 Somewhere today, I saw a quote “Auckland: Sydney for Beginners”.  That’s a put-down and it’s just not true.  Auckland is city, proud to stand on her own two feet and not live in anyone-else’s shadow.  The harbour is spectacular and dominated by a small volcanic island in the middle.  It’s called Rangitoto Island and known as “the big baby”. 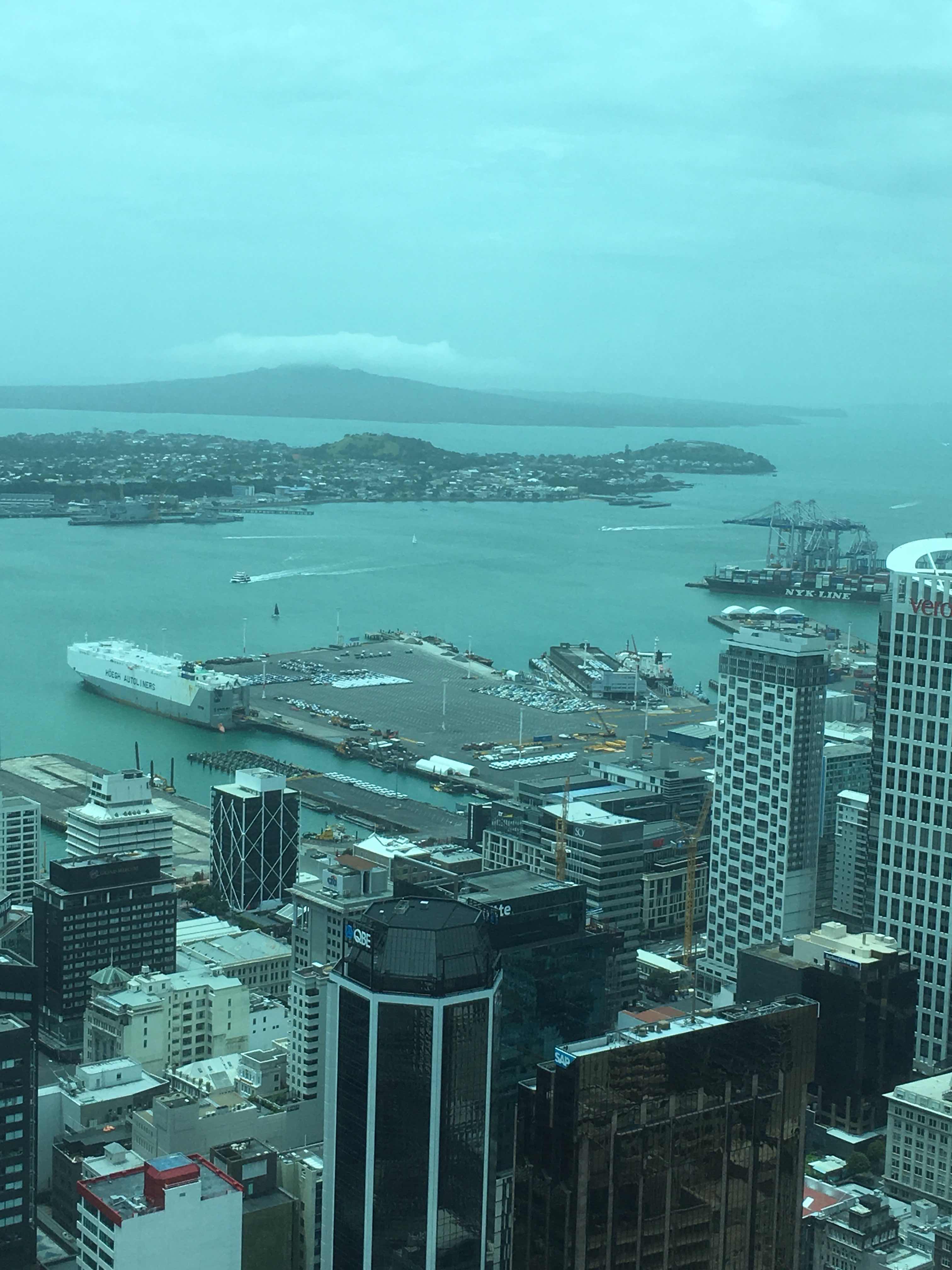 This is the worst trip so far that I’ve had for jet lag.  We flew London to Singapore, Singapore to Sydney, then Sydney to Auckland.  I was fine in Sydney, but we were delayed for 3 hours  and that meant not arriving in Auckland until nearly 4pm, which seems to have thrown me entirely off kilter.  I’m still waking up in the mornings feeling like a zombie.  Today is the first day that I’ve felt hungry for breakfast, but now I could nap again.  (It’s 9.30am, for goodness sake!)
We’re off shortly to meet up with the bride and groom in an hour.  Tomorrow, we’re doing a winery tour and Wednesday, we’ll be off to Hobbiton, Rotorua and further adventures.
- Pam
Posted by PipneyJane at 20:48 1 comment: