We were introduced to Cuban-style black beans by The Lost American.  It's classic peasant food:  slow cooking cheap meat (smoked ham hock) with dried beans, to feed as many as possible.  Ham hock is hard to find here, so generally speaking I use bacon off-cuts aka "cooking bacon" which I can buy for 60p for 500g.  Once or twice, I've used lumps of ham.  When I have found ham hock, it was sold from the hot-meat counter at the supermarket for several Pounds each.

This is one of those meals which you suddenly find yourself craving.  I think that's down to its smokey flavour.  The only downside to cooking it in a slow cooker/crockpot is that everything comes out a dark brown  colour.  Please read the notes section before you proceed.

The cost is between £2 and £3 depending on how much bacon you use and assuming 10p for the cheapest herbs and spices.  This makes at least 5 portions of soupy stew, more if you serve it over rice. 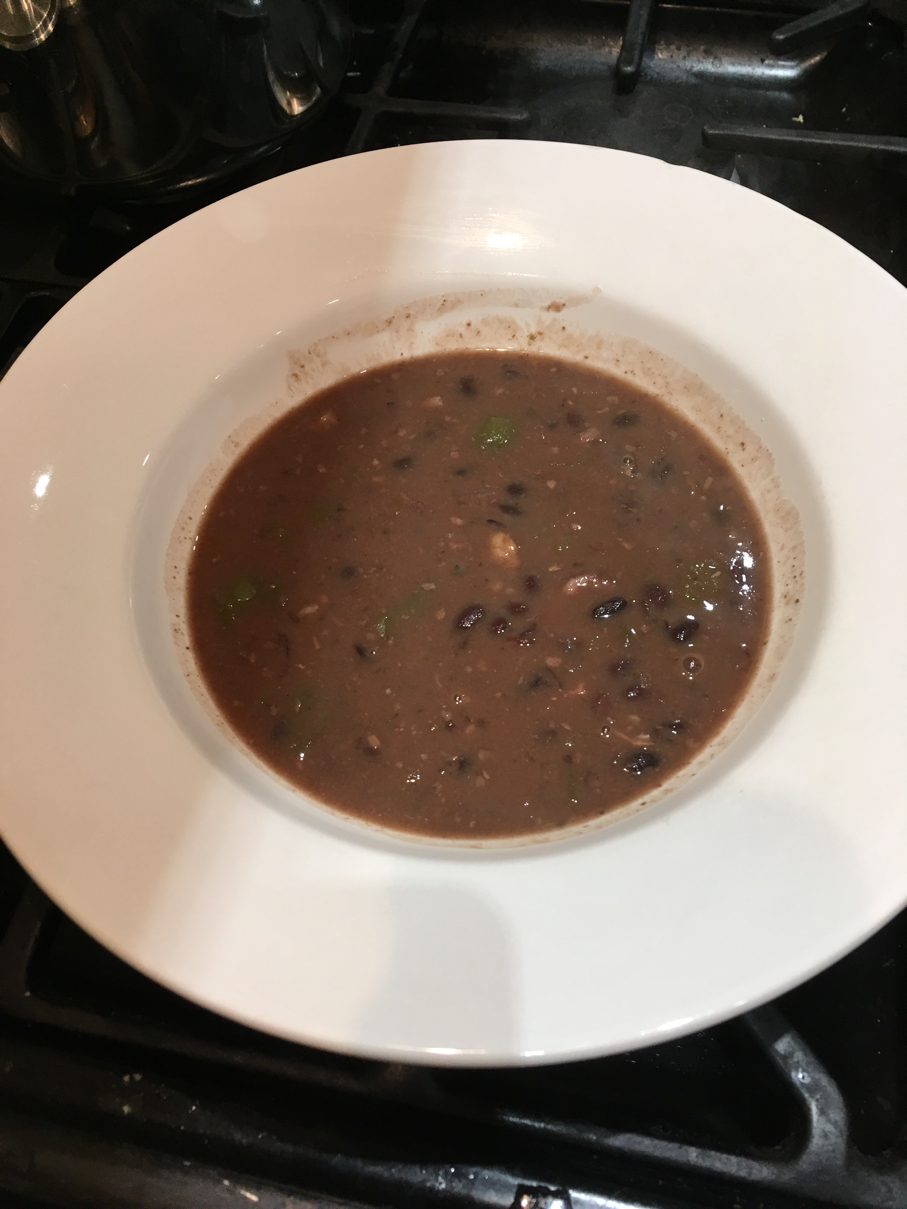 See what I mean by brown?