This is the first post/first attempt at a post from a new Blogger app.  Google appear to have abandoned their IOS blog users and haven't updated their app for several years.  After much reading of reviews, I settled on Blog Touch Pro.  It wasn't free and, at £4.99, it wasn't cheap, but it does look much more like the Blogger web interface than the Blogger app did.   And I can add photos, etc, which I can't do using the the Blogger web interface via Safari.   Here's one from Lucky, taken a couple of weeks back when I was commuting out to the far reaches of Oxfordshire: 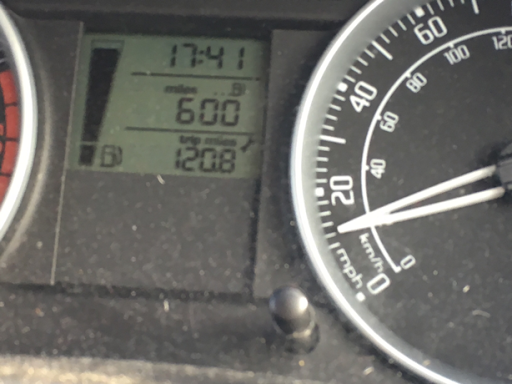 I think he was being a little optimistic with his range estimate - he usually does about 500 miles before screaming "Thirsty!".  (After 120.8 miles, I'd expect him to claim a range of about 400 miles.)
- Pam (Now to see how this posts.)
Posted by PipneyJane at 09:29 2 comments:

One of the websites I frequent is MoneySavingExpert.  A couple of weeks ago, their weekly newsletter had a give-away/competition:  win a copy of somebody's new cookbook full of £1 meals.  Sounds great!  Just the sort of cookbook that I'd enjoy reading and stealing ideas from.  Until I read the small print on the blurb at the back of the book....  Each portion of food costs £1.  Then I saw red.

Let me spell it out to you.  Since your average recipe makes four portions of a meal, that means each recipe actually cost £4.  Not £1.

It was a book of £4 dinners, not £1 dinners.  On the basis of this book, any fool can make a beef chilli, using supermarket standard ingredients and have spent less than £1 per portion.  Hell, I can do it using beef from my (expensive) Kosher butcher and have cash left over.  Talk about misleading marketing!  Some poor person, who is struggling to make ends meet, will buy that book based on the title and the fact that it was mentioned in MSE's newsletter.  Instead of getting something that will actually help them save money, they'll just get a cookbook full of all the recipes that don't involve roast dinners.

So in the spirt of "beat them at their own game", I have decided to publish a series of very cheap-to-cook recipes, tagging them as <£2dinners.   Here is the first.  The cost of each item is in brackets after its listing. All items are supermarket cheapest, "value" own-brand. 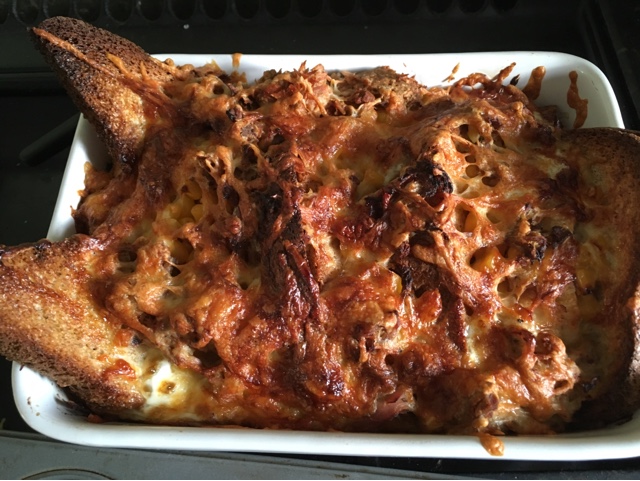 (As an aside, Blogger's reluctance to update their App is really beginning to wind me up.   I'm writing this on my iPad, via the web browser.  Uploading the photo for today's post was a nightmare.)

I am a LUCKY car!

It's Pam's car here, Lucky, borrowing the blog.  I've been trying to get onto it for ages  but the Blogger app no longer works on iPads or iPhones and Pam hasn't gone anywhere near Blogger on a PC for ages.

Anyway, I just wanted to share why I'm a Lucky car.  It's not just that Pam calls me "Lucky" (a play on the first two digits of my registration number), or that she takes good care of me - she even pats my "nose" (the Skoda badge on the top of my grill) - it's because of this: 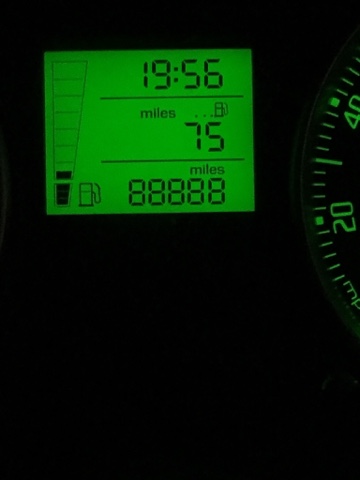 Yes, that's right:  all the eights.  A very lucky number to the Chinese.  Having made it to 88,888 miles, that makes me a very lucky car!

Posted by PipneyJane at 08:38 No comments:

It turns out that a production company were filming in the next street:  Philip K Dick's Electric Dreams.  (On the second night of filming, DH and I went and had a nosy.)